skip to main | skip to sidebar

Conflict - To A Nation Of Animal Lovers 7" 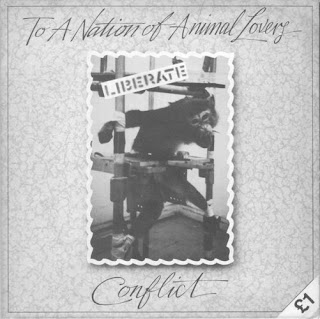 This 7" was originally released in 1983 but I first got this through tape trading in about late '86 early '87, tagged onto the end of some album to fill that side of the tape up. Initially as a 13-14 year old kid living in a wee village I got a thrill from the song title Berkshire Cunt as I was reading through the track list of the tape I had been sent, y'know it was like the worst of the bad words, how edgy eh? These guys were punk! Then when the tape trundled through the last of whatever thrash metal album was on the tape and Conflict kicked in, "YOUR BLOOD, THEIR BLOOD, SERVES THE SAME!" it was a shot to the head and heart to say the least, my eyes were opened and connections were made that I had never even given a second thought to. Why did I eat meat? Because everyone else did, I never really connected the animal to the meal even though I knew that steak was a cow, I had never thought of what happened to a cow for it to end up on my plate. I had just accepted that food was food. I loved animals and would never kill one so why was I allowing myself to be complicit in murder on such a horrific scale?
Even things like cosmetics weren't free from animal abuse, why did scientists torture animals in the name of research? Why? How could they? I was only a kid but I knew it was wrong.
Now I was fucking angry about it. And so were Conflict. They were really fucking angry, I'd never heard a record sound so fucking angry in fact.
This was one of the records responsible for opening my mind and setting me on the course to becoming a vegetarian. I still remember when I told my mum about becoming veggie and she was incredulous "So what are you going to eat? You don't like vegetables!" My reply? "Veggie burgers and pizza!" it seemed like a good plan to me...
I have listened to this record thousands of time since then, and it has always remained the best animal rights record to me, the anger and passion that Conflict spat out was absolute and they didn't just talk the talk either. Inspirational stuff. 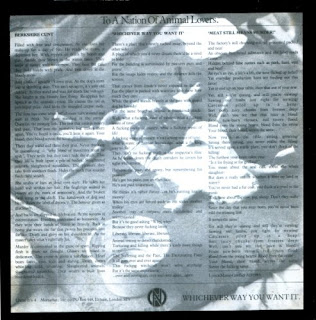 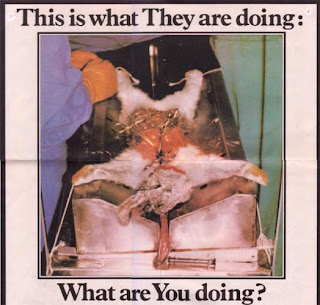 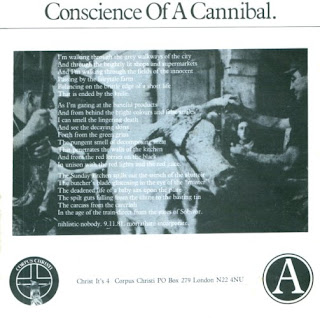 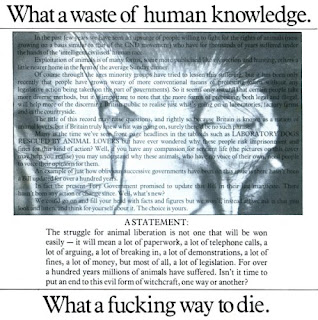 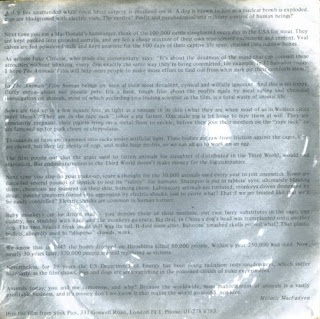 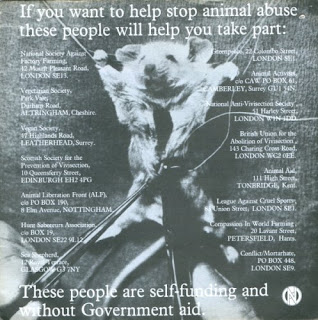 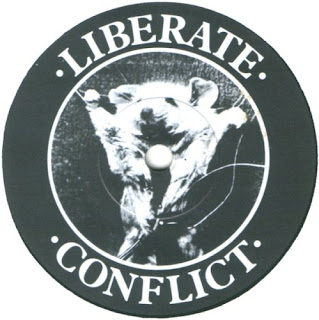 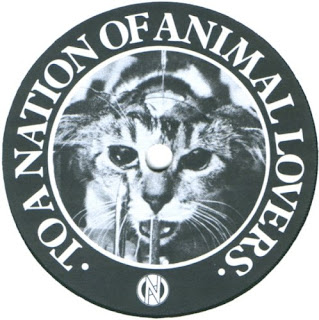 Conflict - To A Nation Of Animal Lovers 7"
Posted by evilbuttmunkeh at Monday, April 09, 2012

Me and my brother are animal lovers and I must say that animals can give us happiness too.